“I wanted to pay tribute to Salvatore’s start by bringing in the culture of Hollywood – but new Hollywood. Its ease and sensuality; its sunset and sunrise.” – Maximilian Davis.

For one month only, an edited preview of Maximilian Davis’ debut collection for Ferragamo will be available to purchase ahead of its official Spring Summer 2023 release. Reflecting the themes of the designer’s first Milan runway show – its beachfront palette and languid elegance, its fresh perspective and modern glamour – the edit offers an exclusive first look at Davis’ vision. 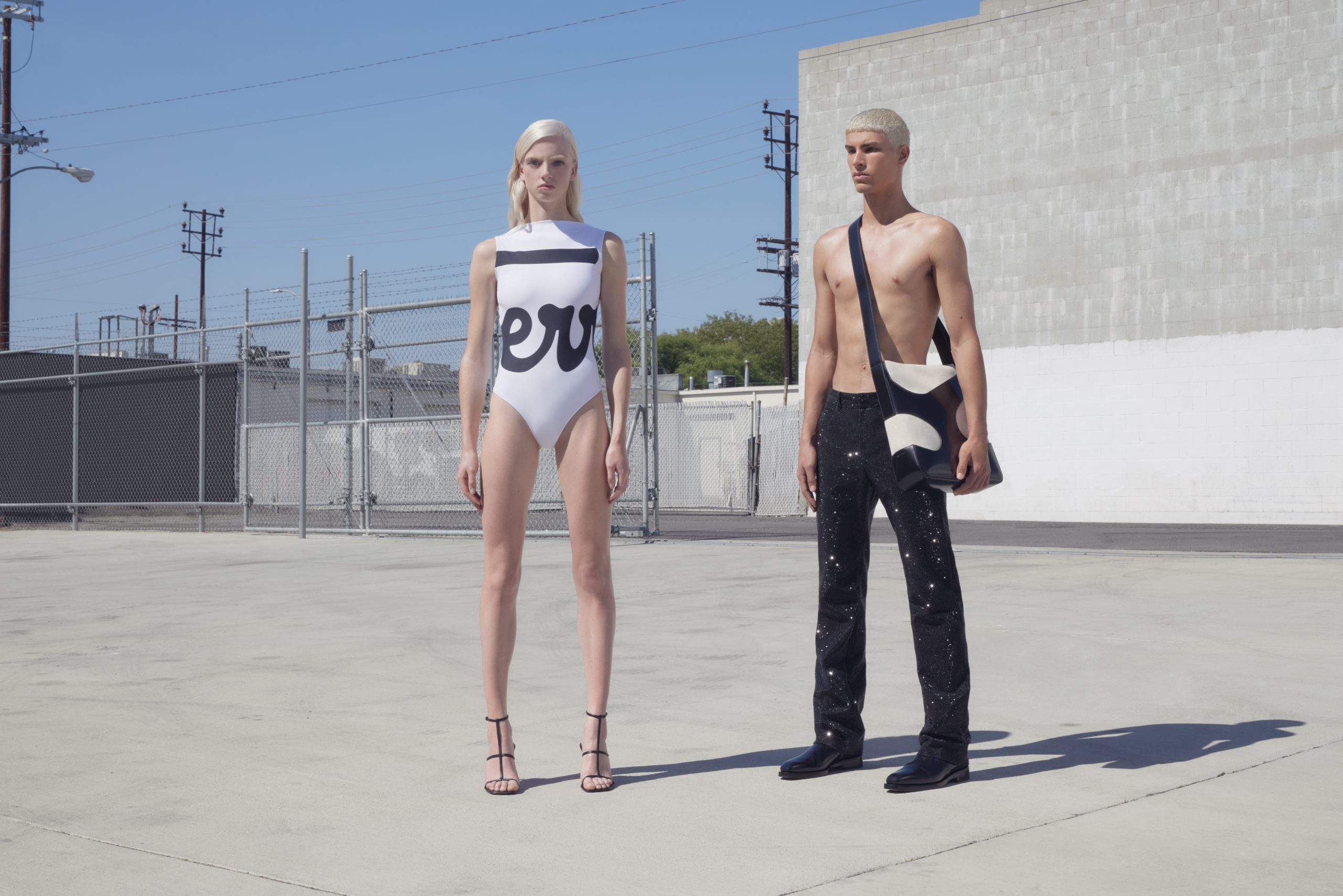 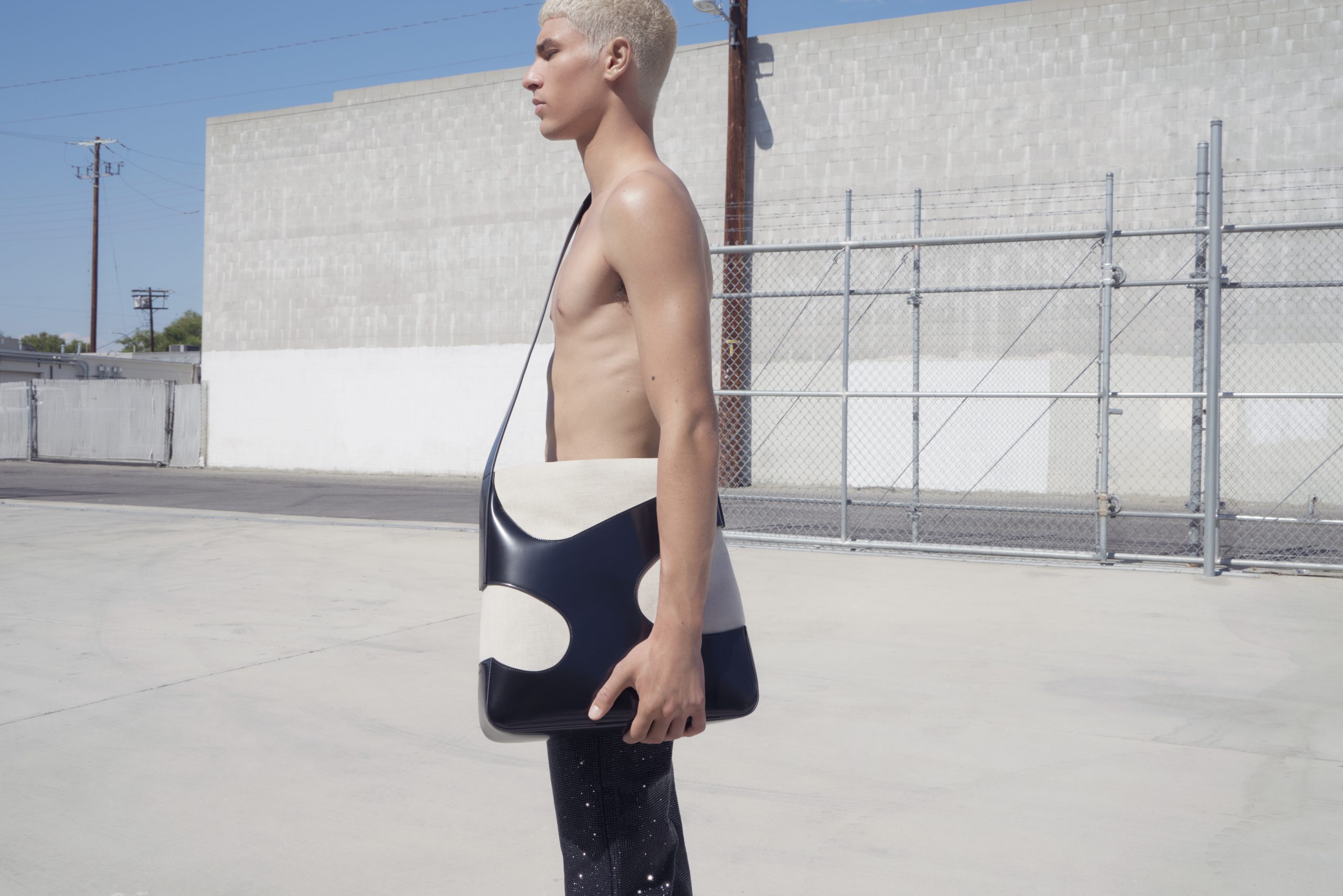 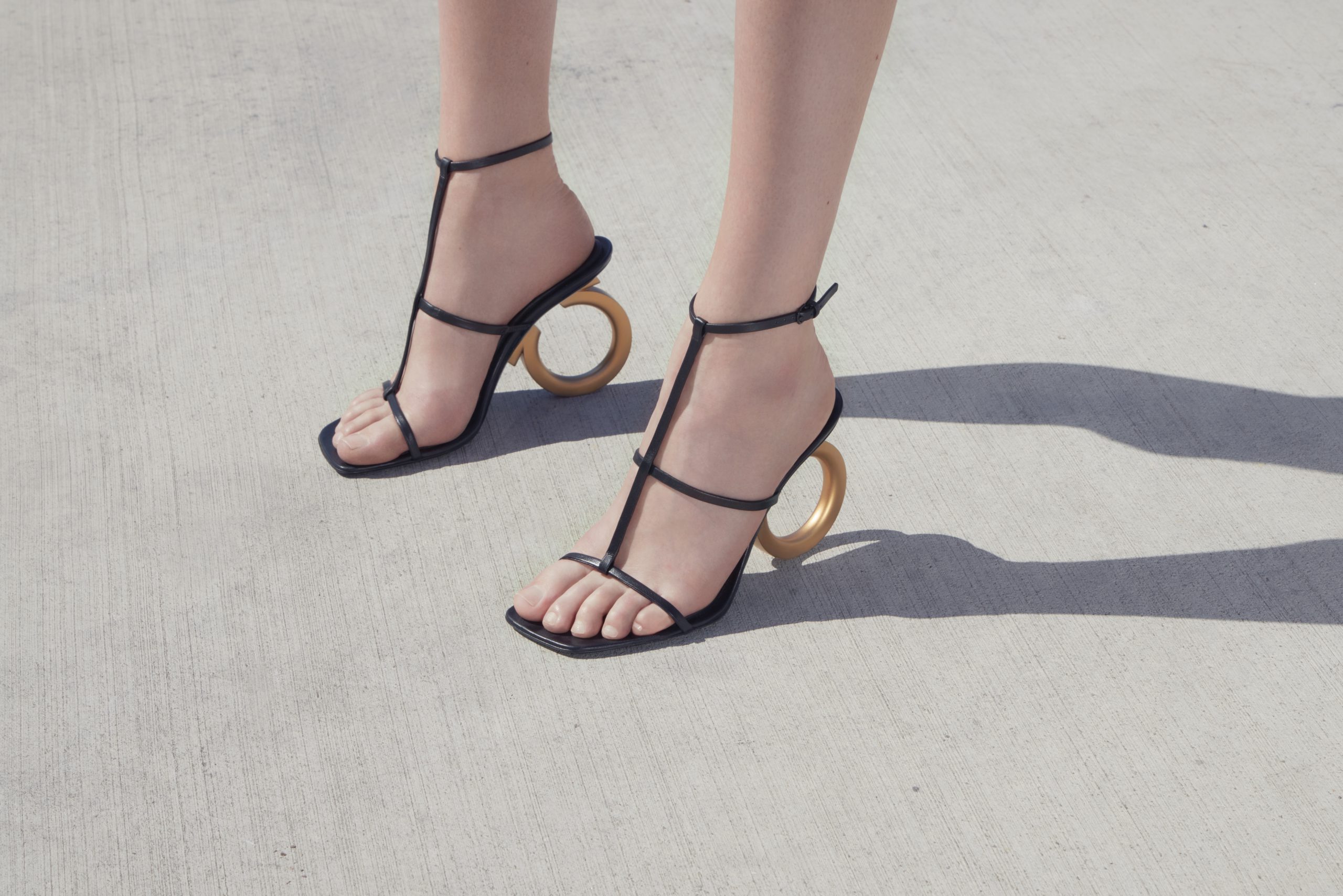 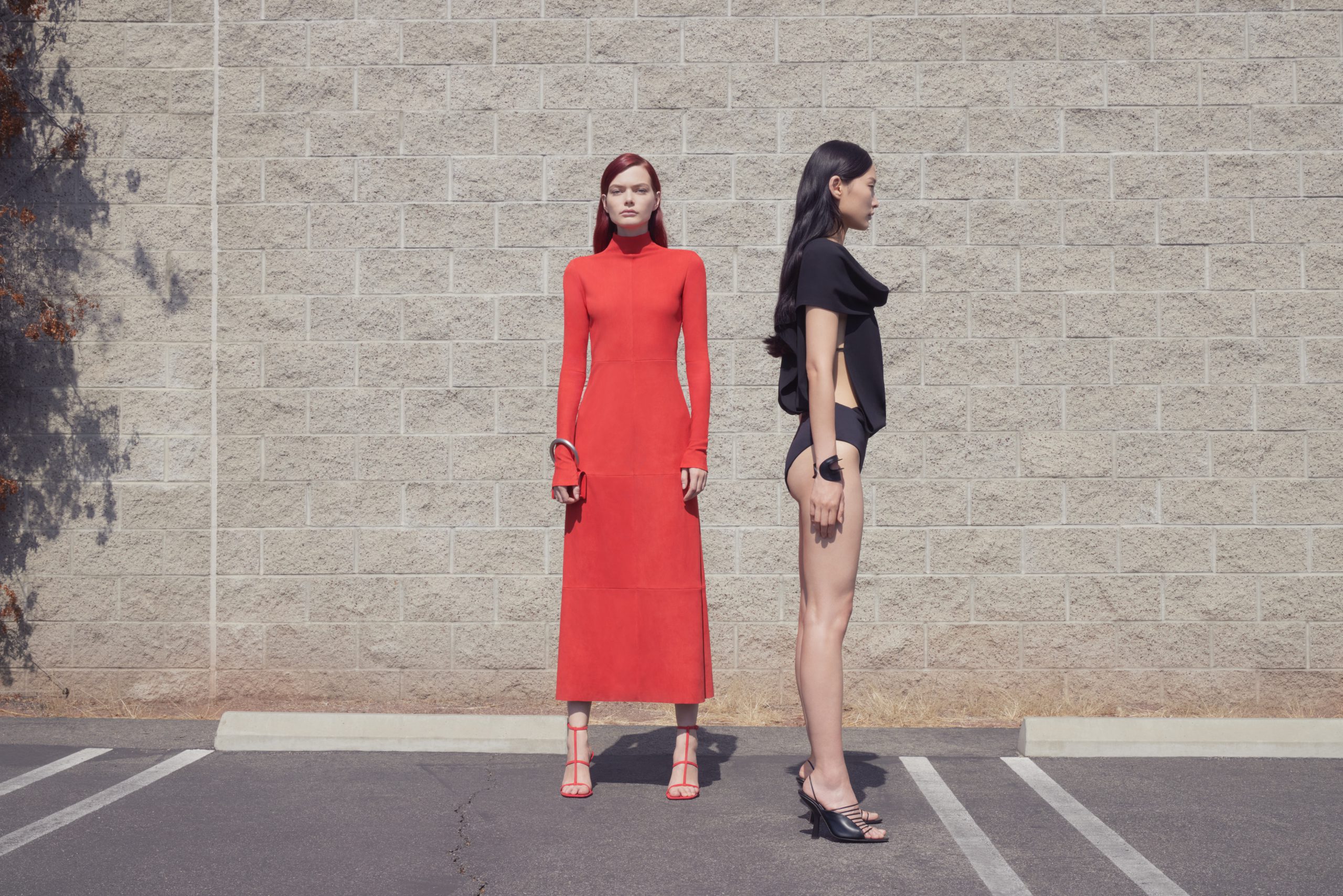 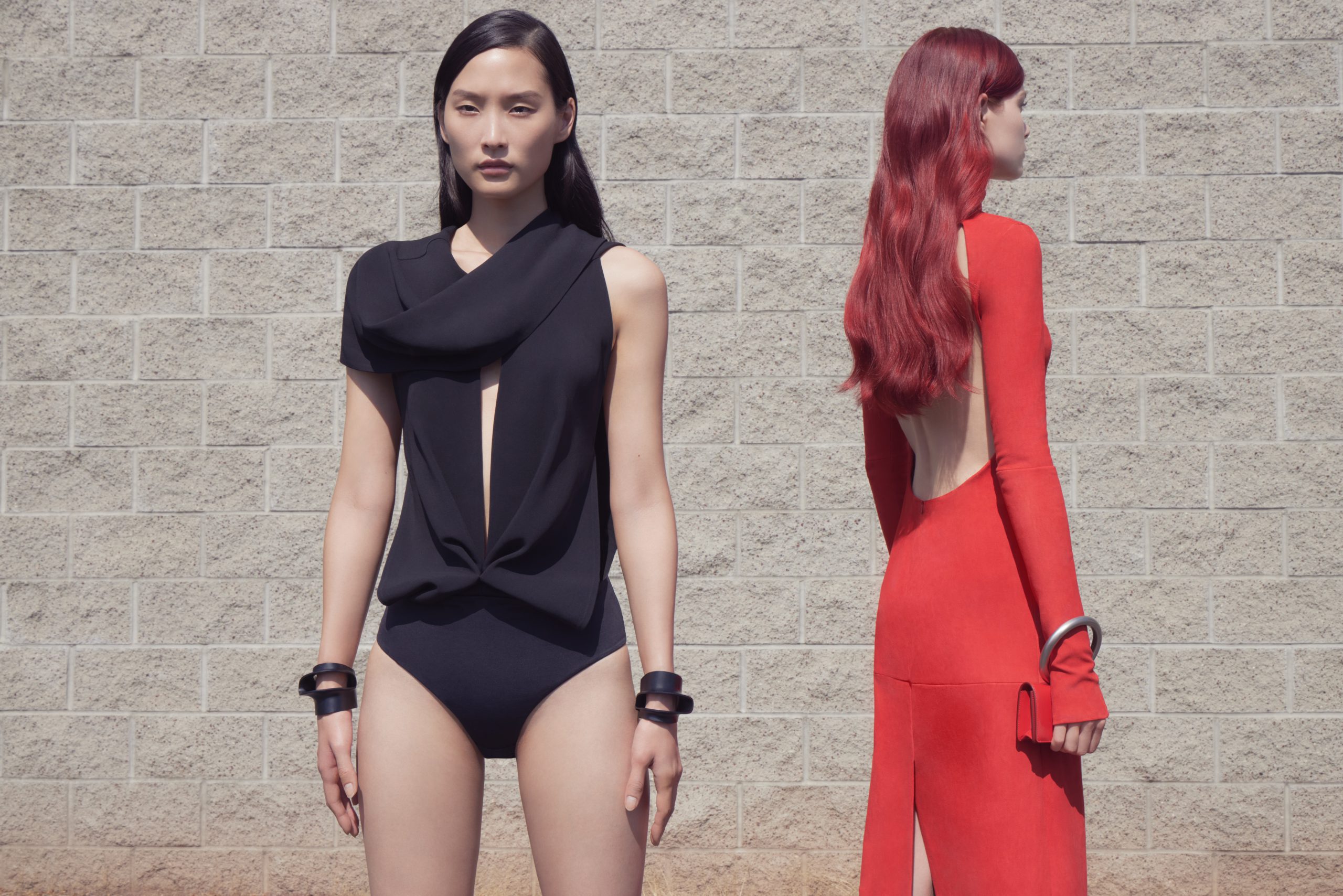 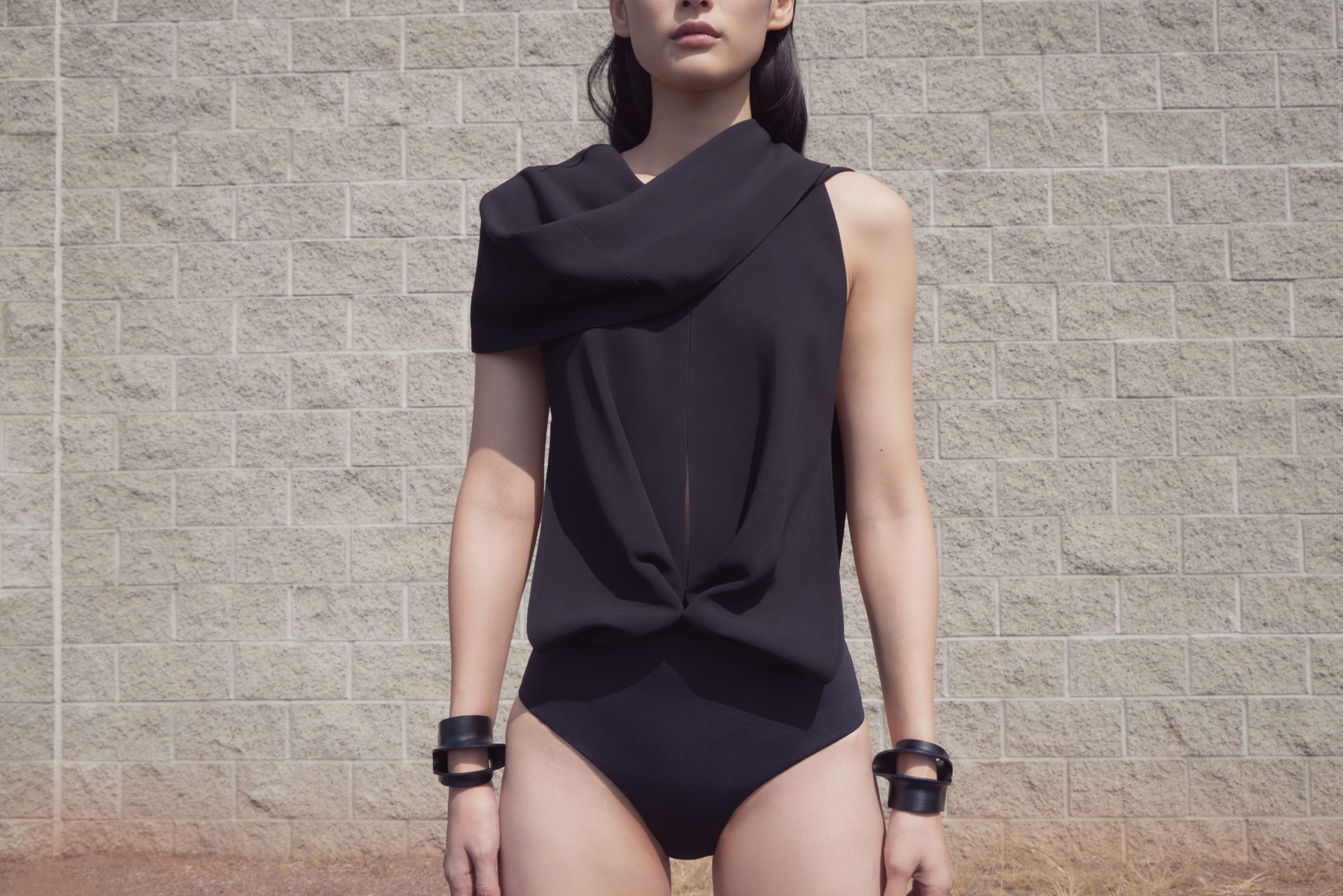 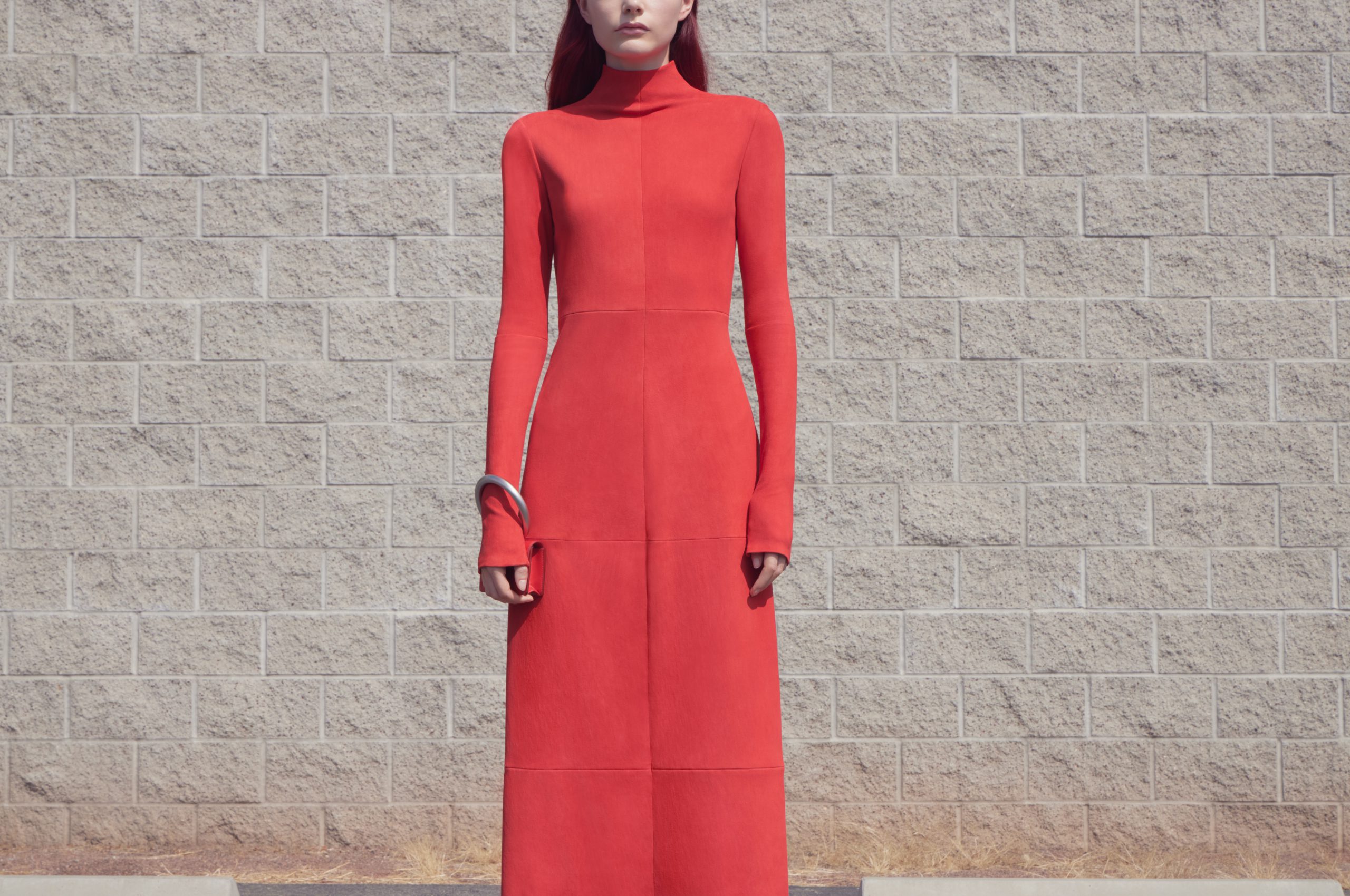 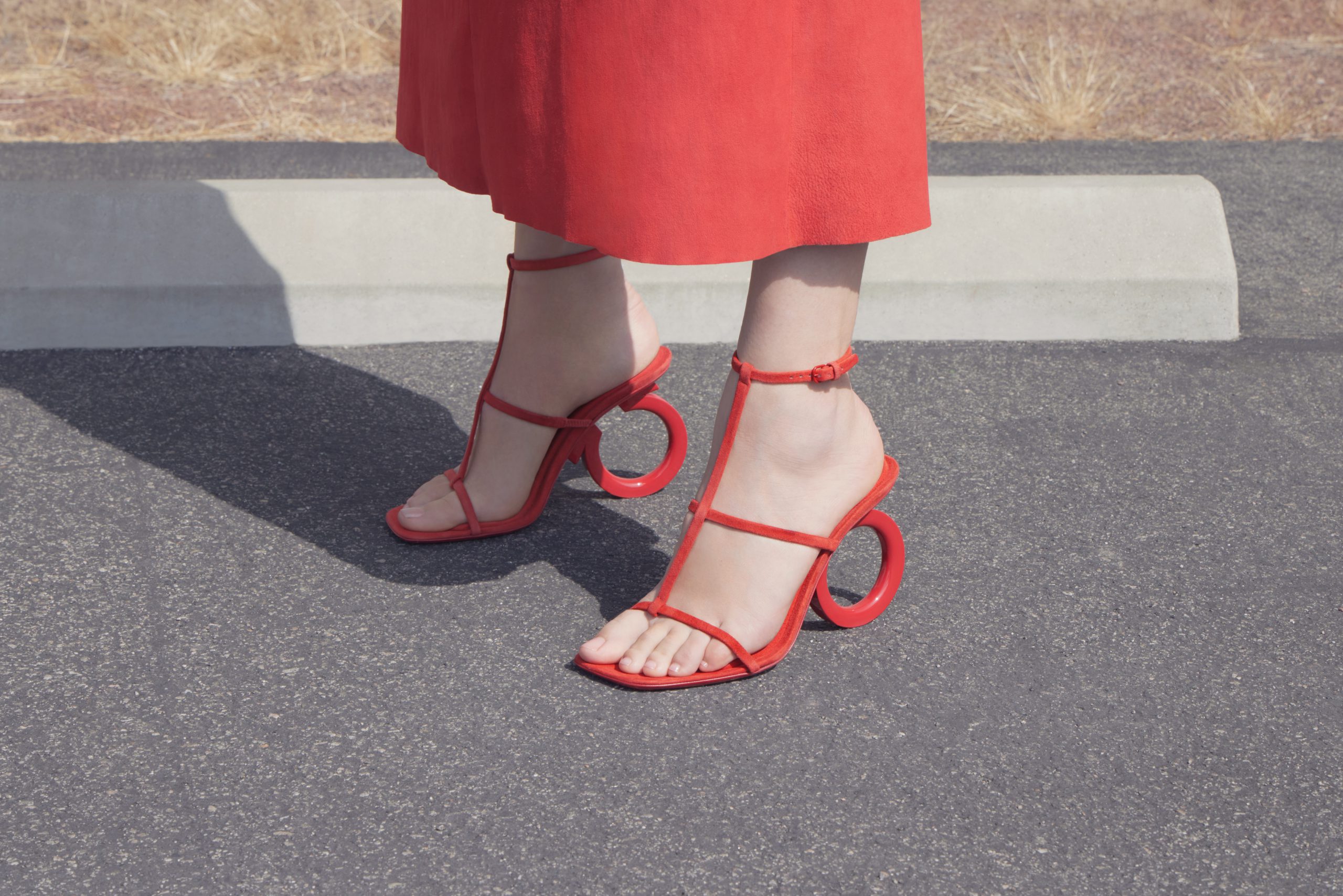 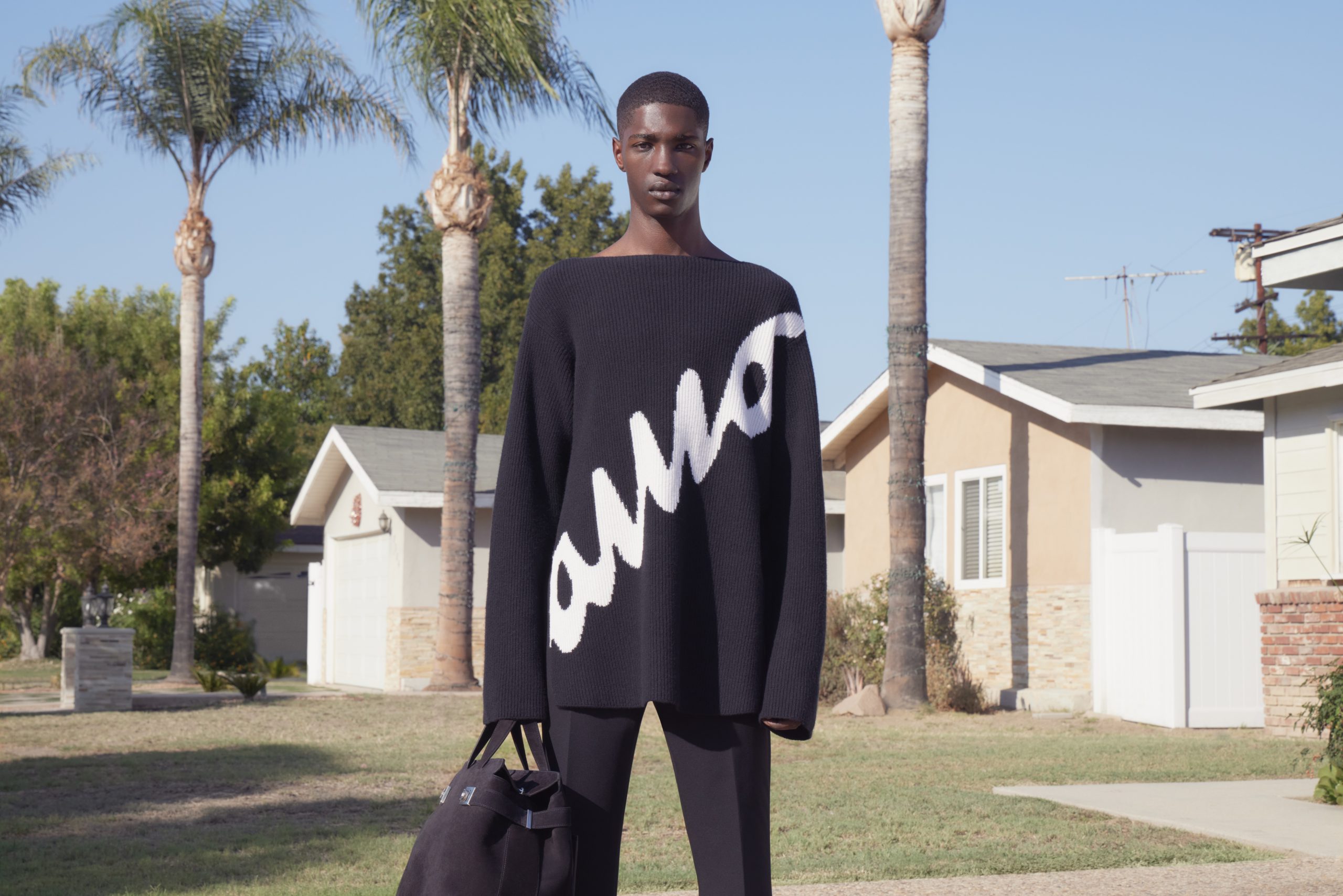 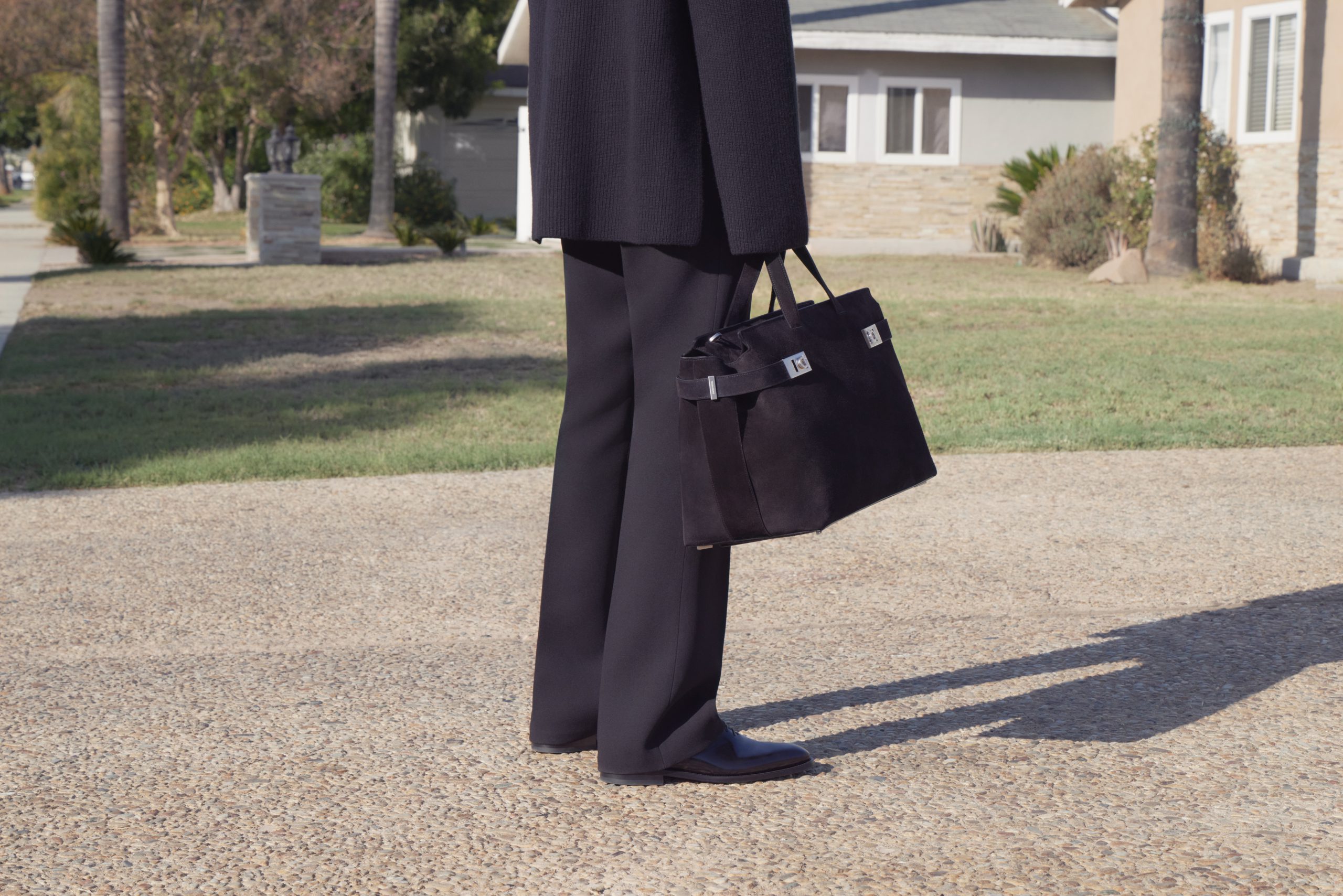 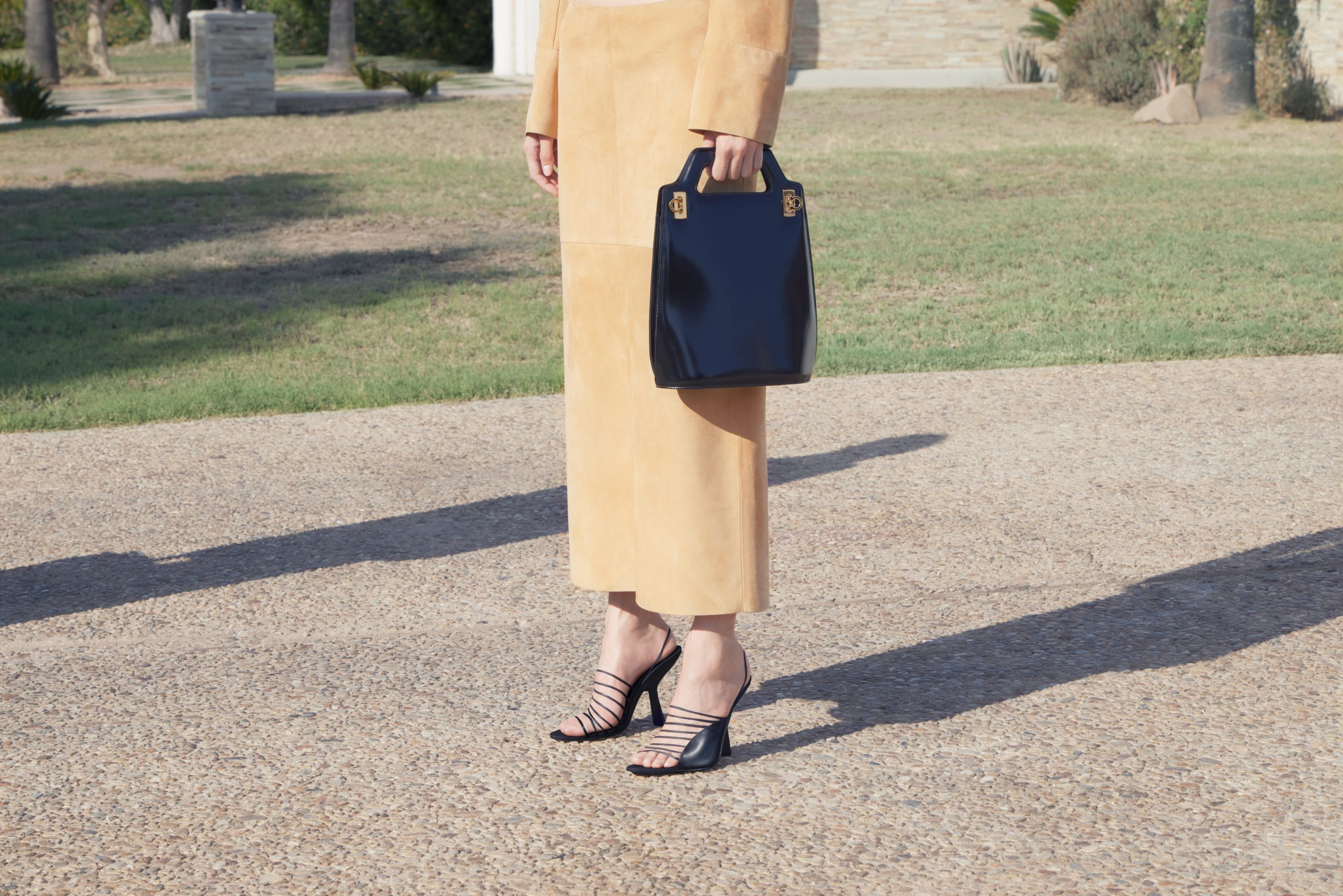 From sparkling ready-to-wear which pays contemporary homage to Salvatore Ferragamo’s designs for Marilyn Monroe, to flashes of fetishism visible in tailored trousers subtly decorated with harness detailing or the subversive femininity of second-skin suede, the key codes of the collection are now available to buy. Iconic new accessories are presented for the first time: sleek, seductive sandals and the Elina, with its graphic Gancini heel, alongside Davis’ exacting, minimalist interpretation of loafers and boots. 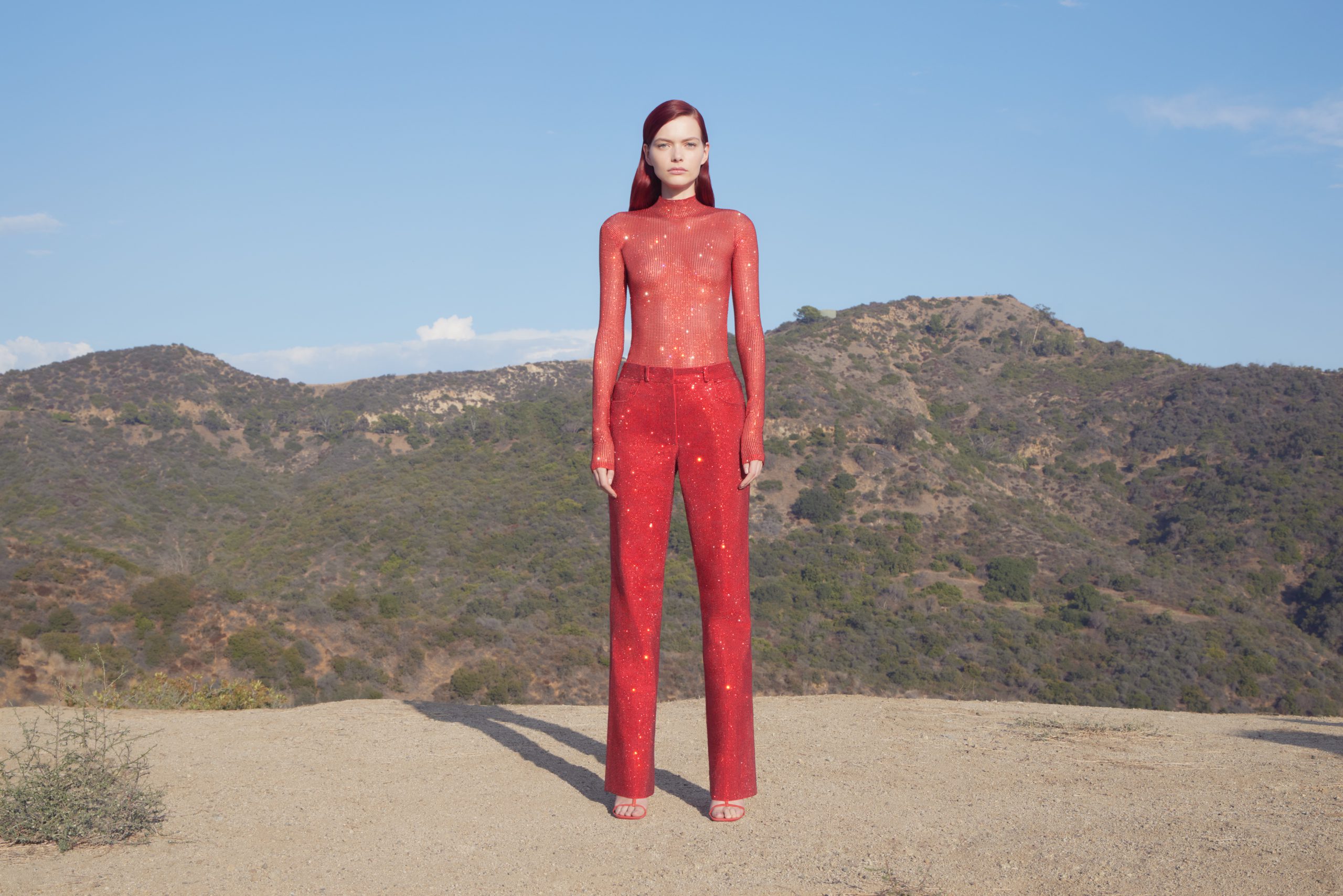 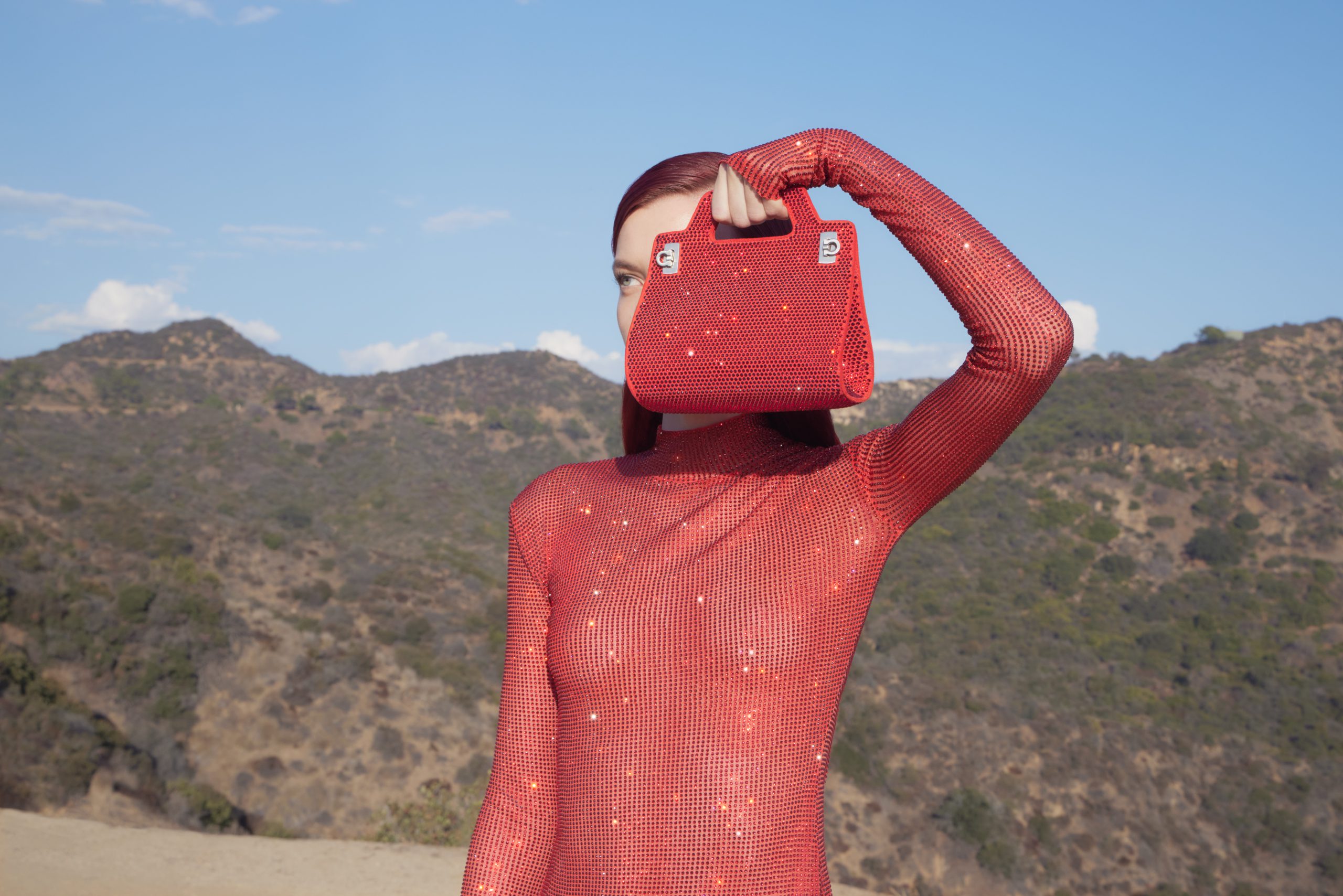 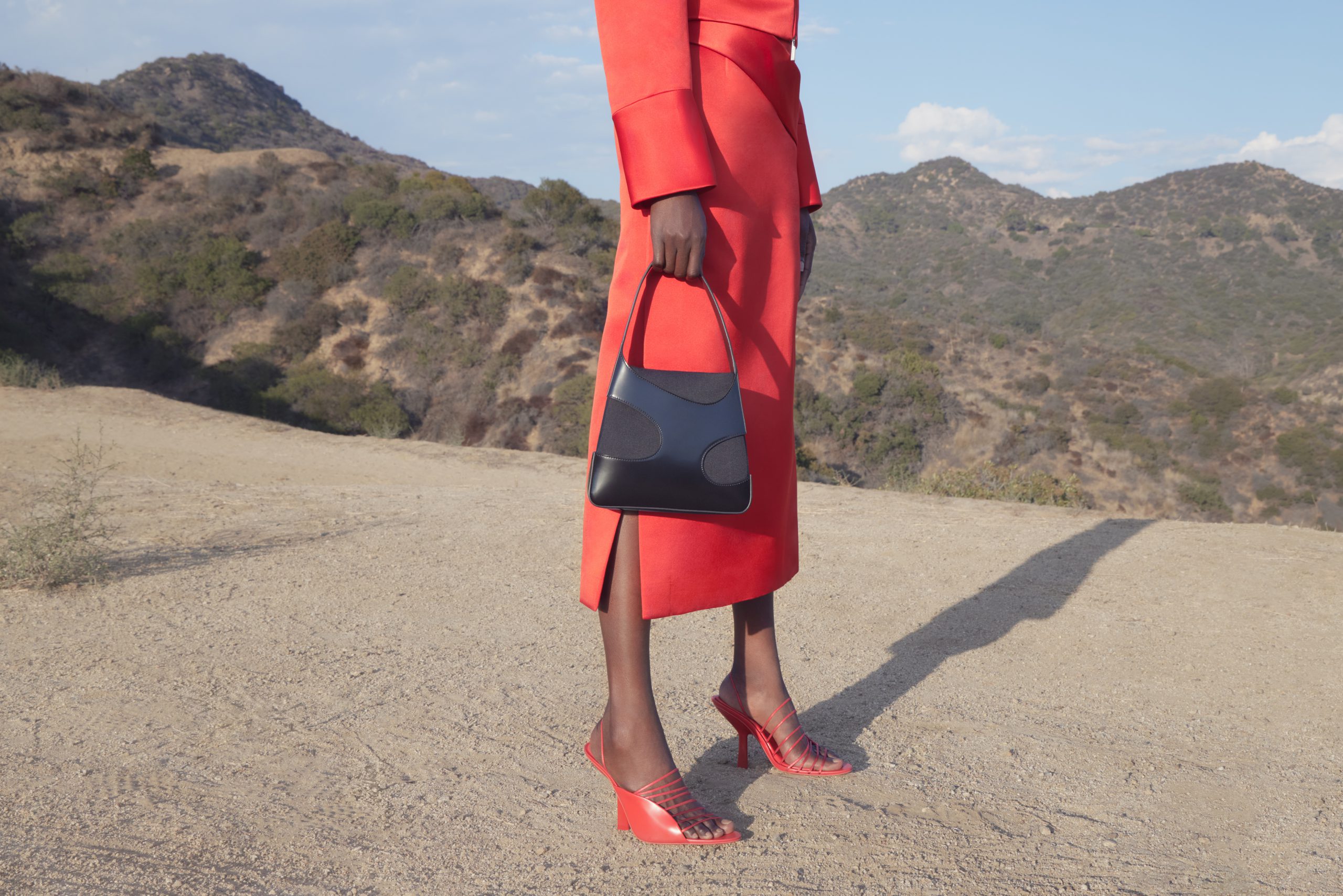 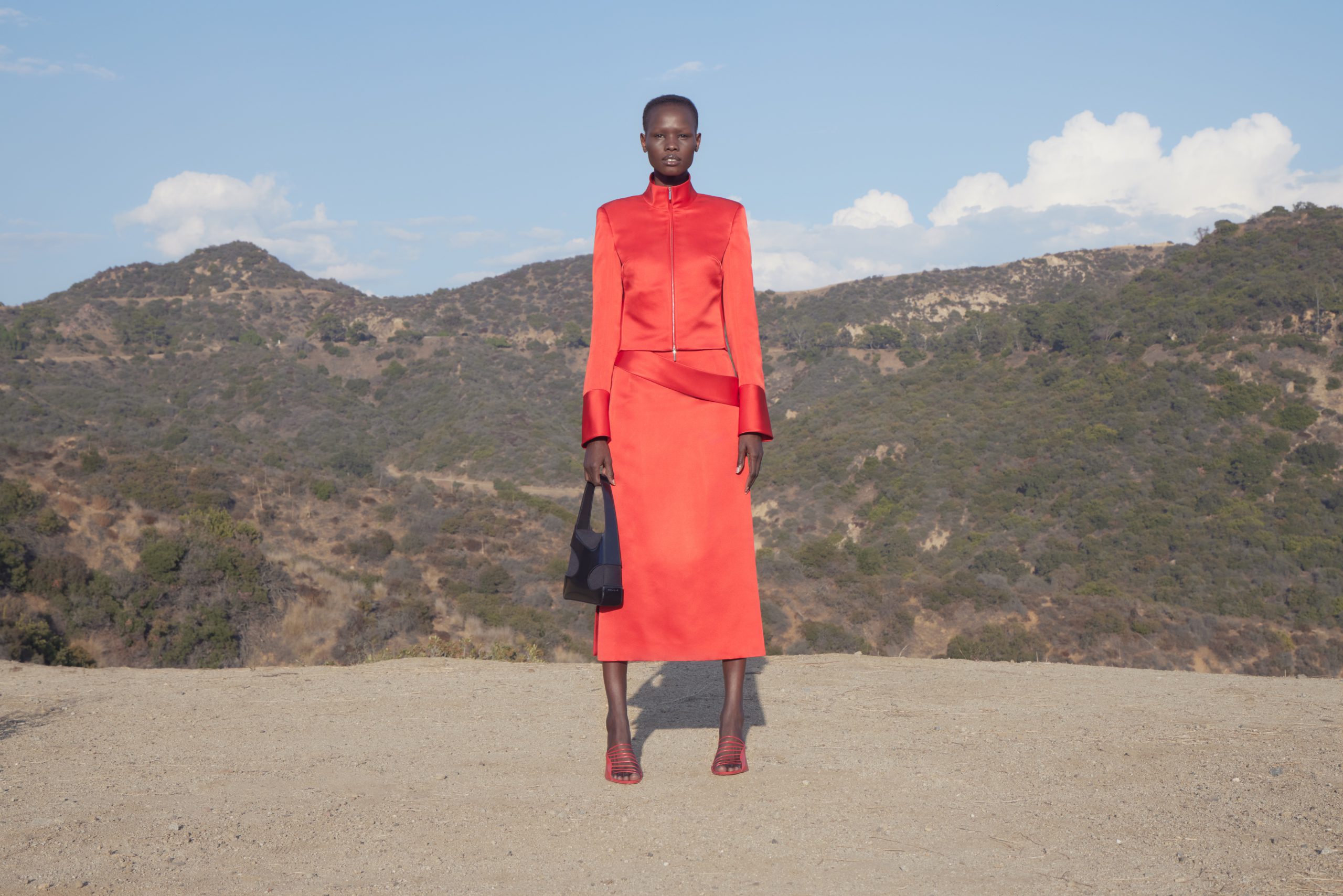 The first Ferragamo handbags of this new chapter are included in this exclusive preview: Davis’ interpretation of the archival Wanda handbag, revived through high-shine finishes and new proportions, appears a totem of the new era. So too does the handbag with sculptural cut outs, now realised in polished leather with a contrasting canvas inner, and whose subtractions echo the undulating forms of the beachfront as well as the linear precision which marks Davis’ vision. “It relates to Ferragamo, to Hollywood, to the ocean – but also to me, and to my own DNA,” explains Davis. “I wanted to show that perspective, but now through the Ferragamo lens.” 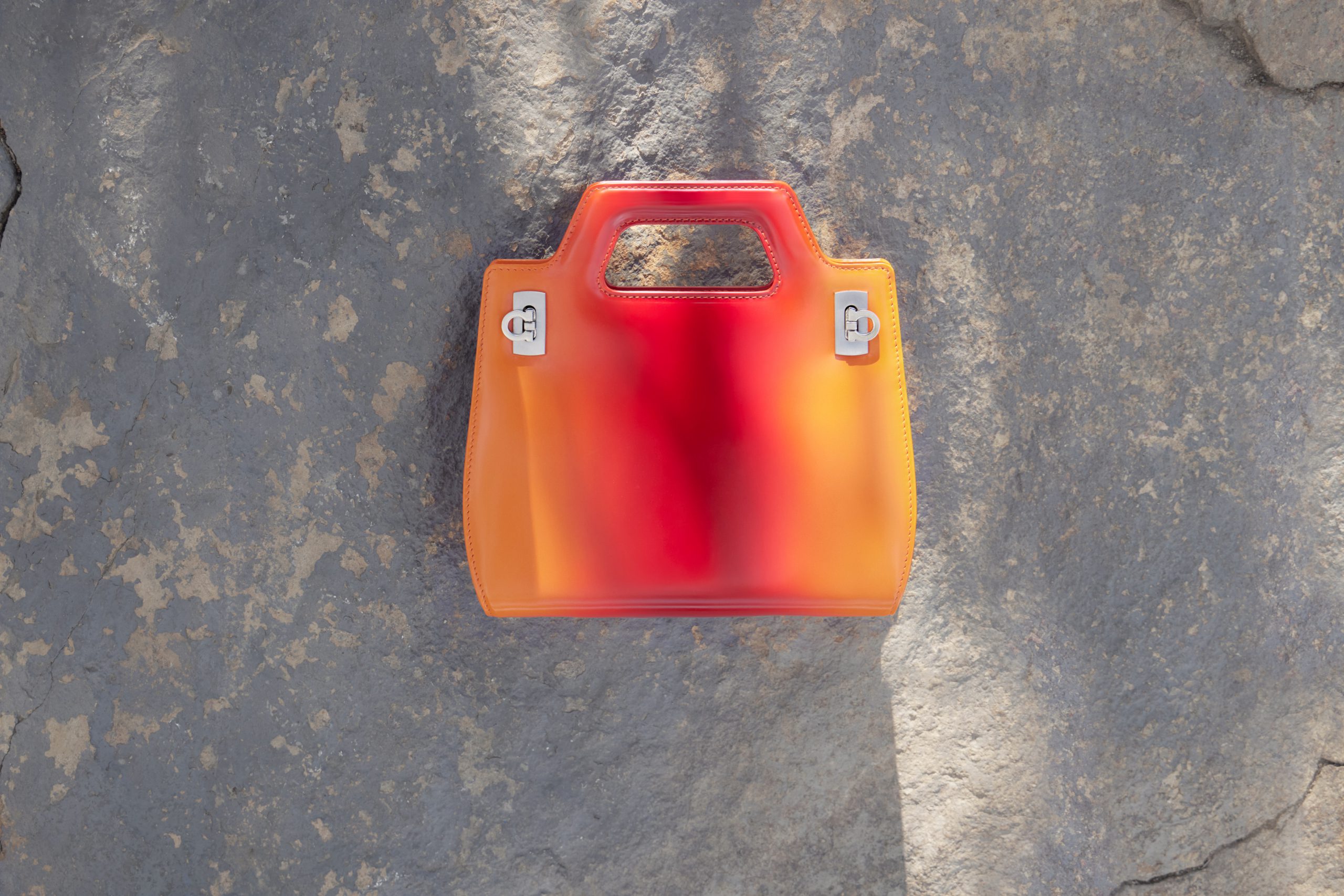 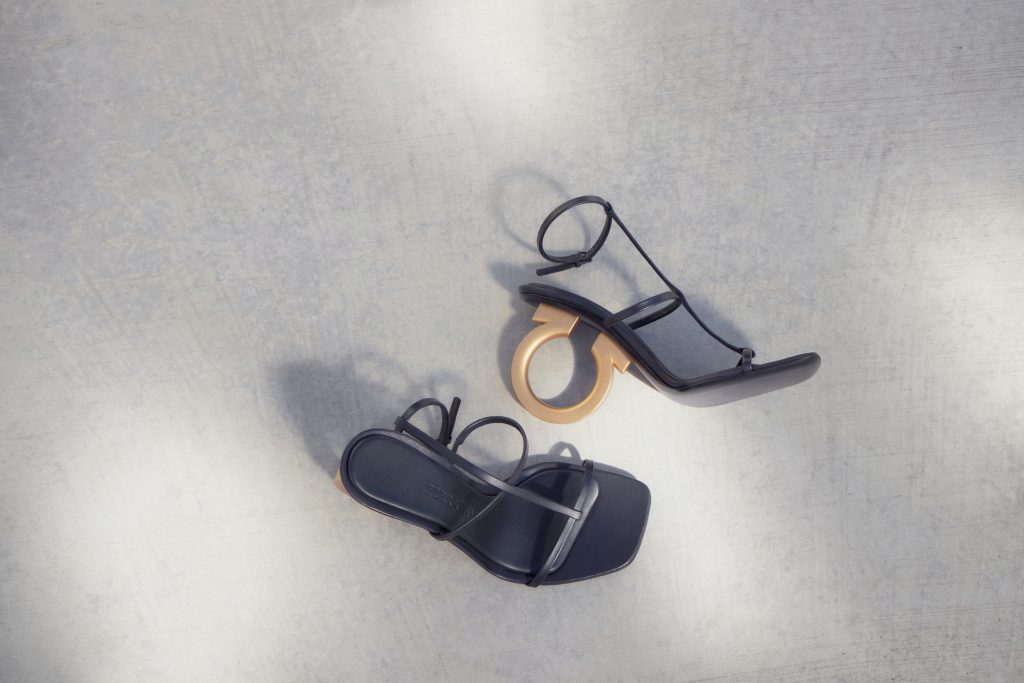 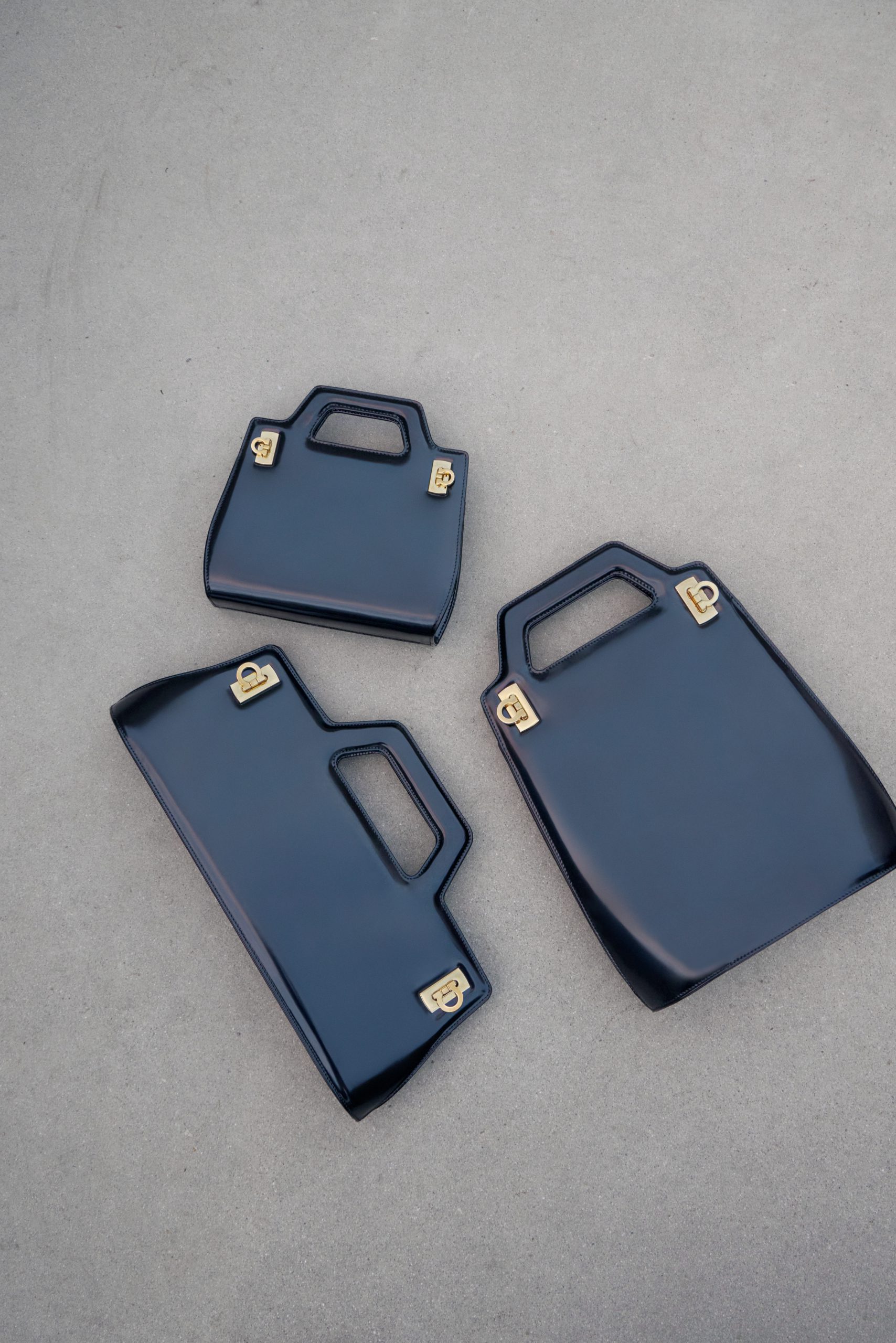 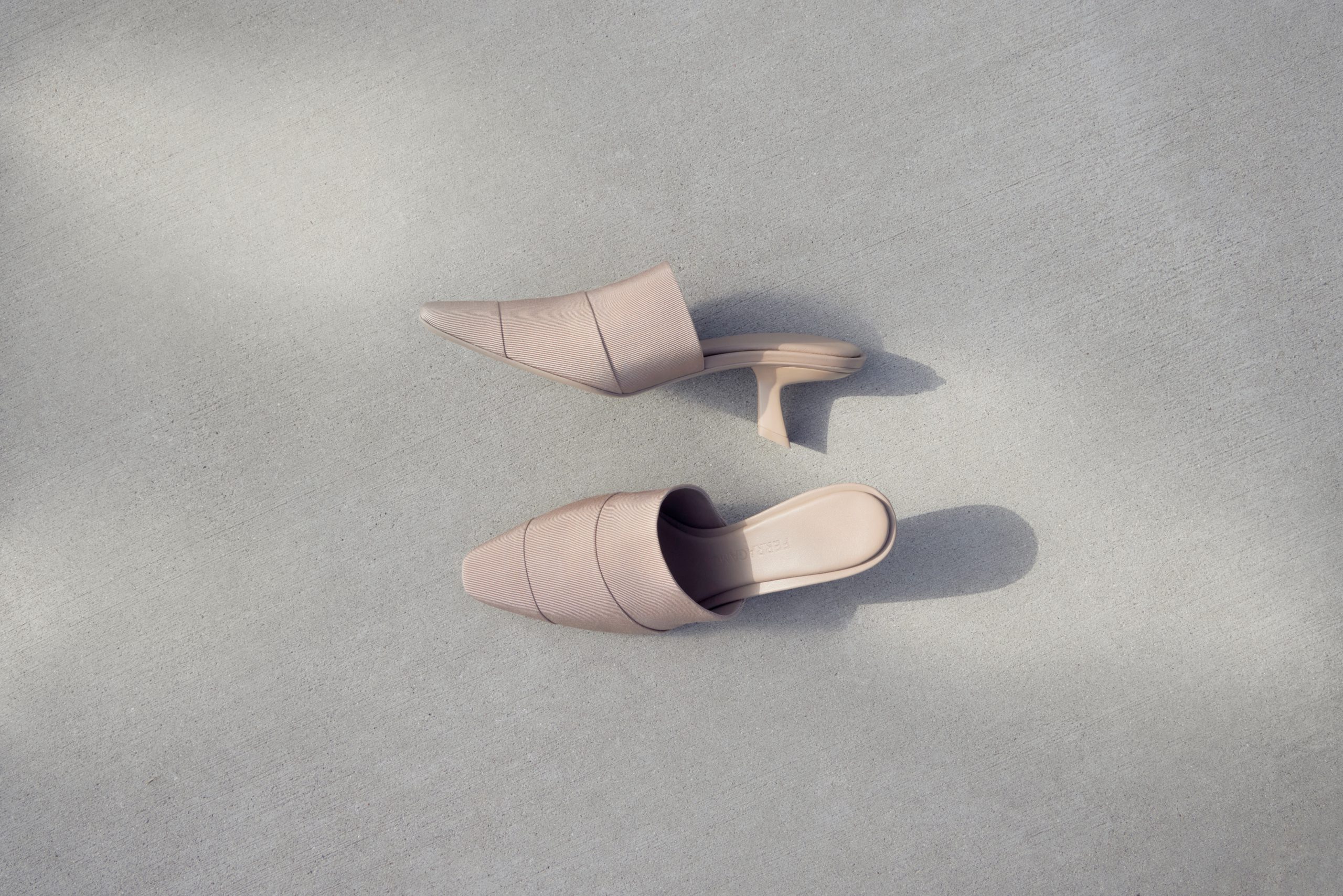 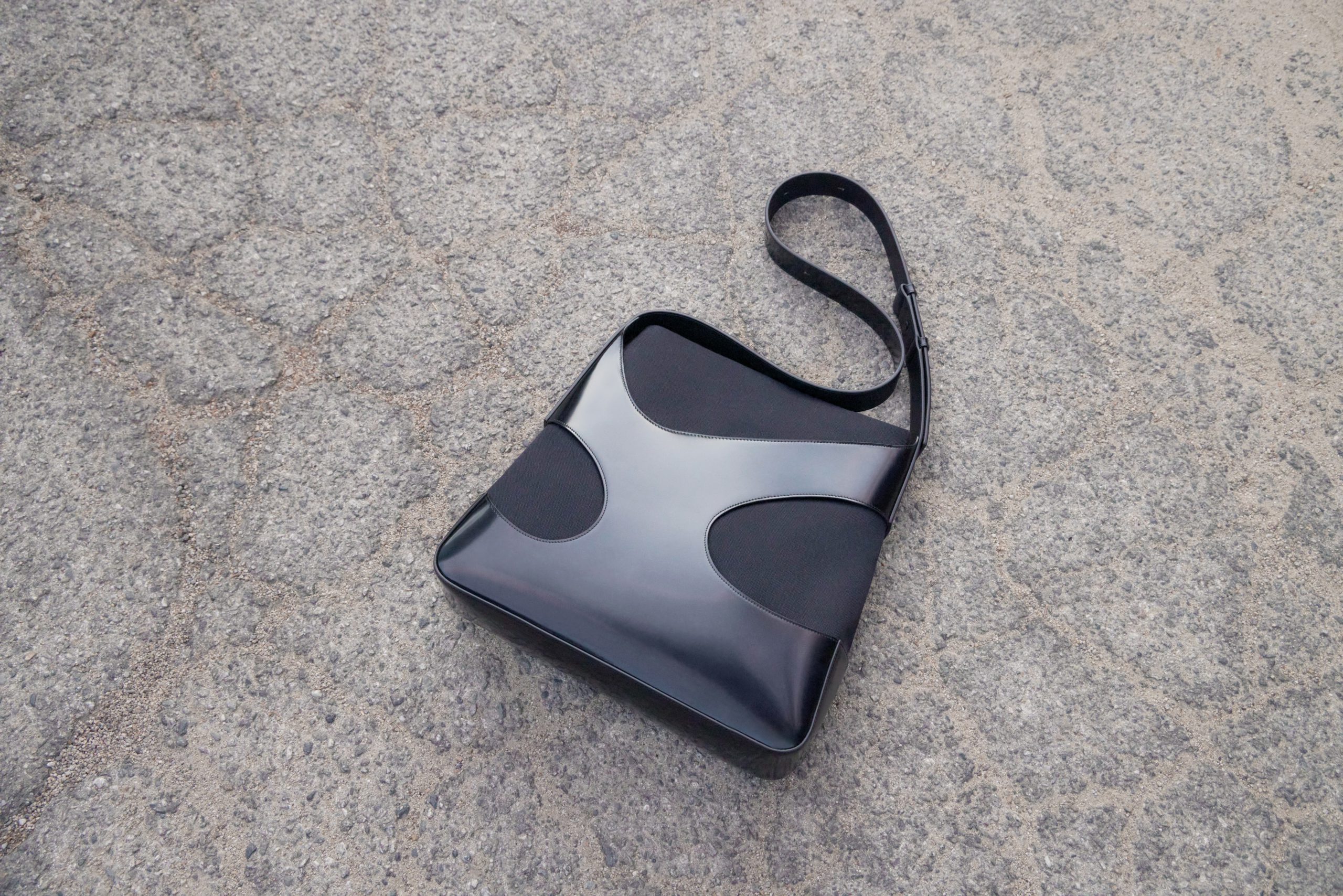 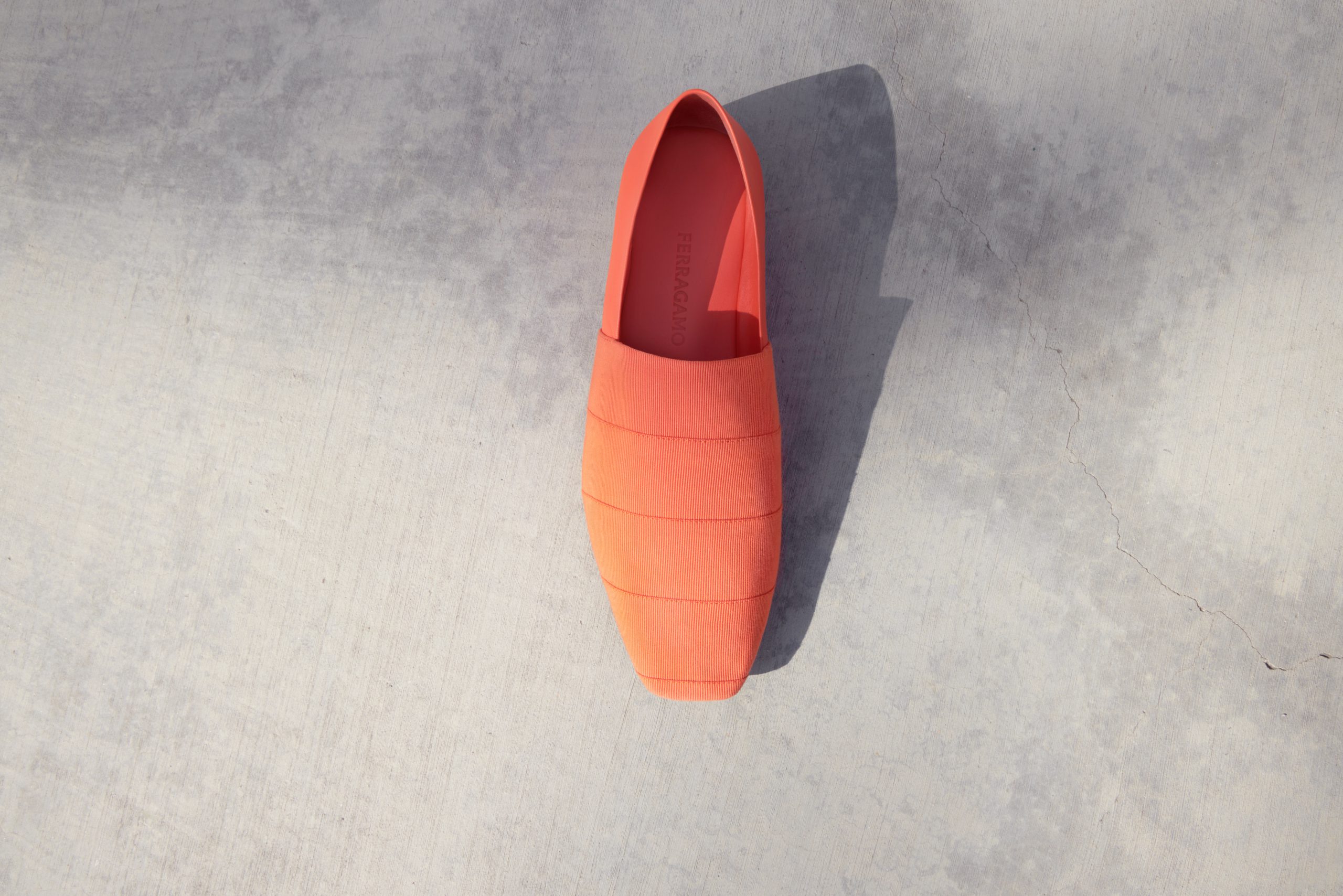 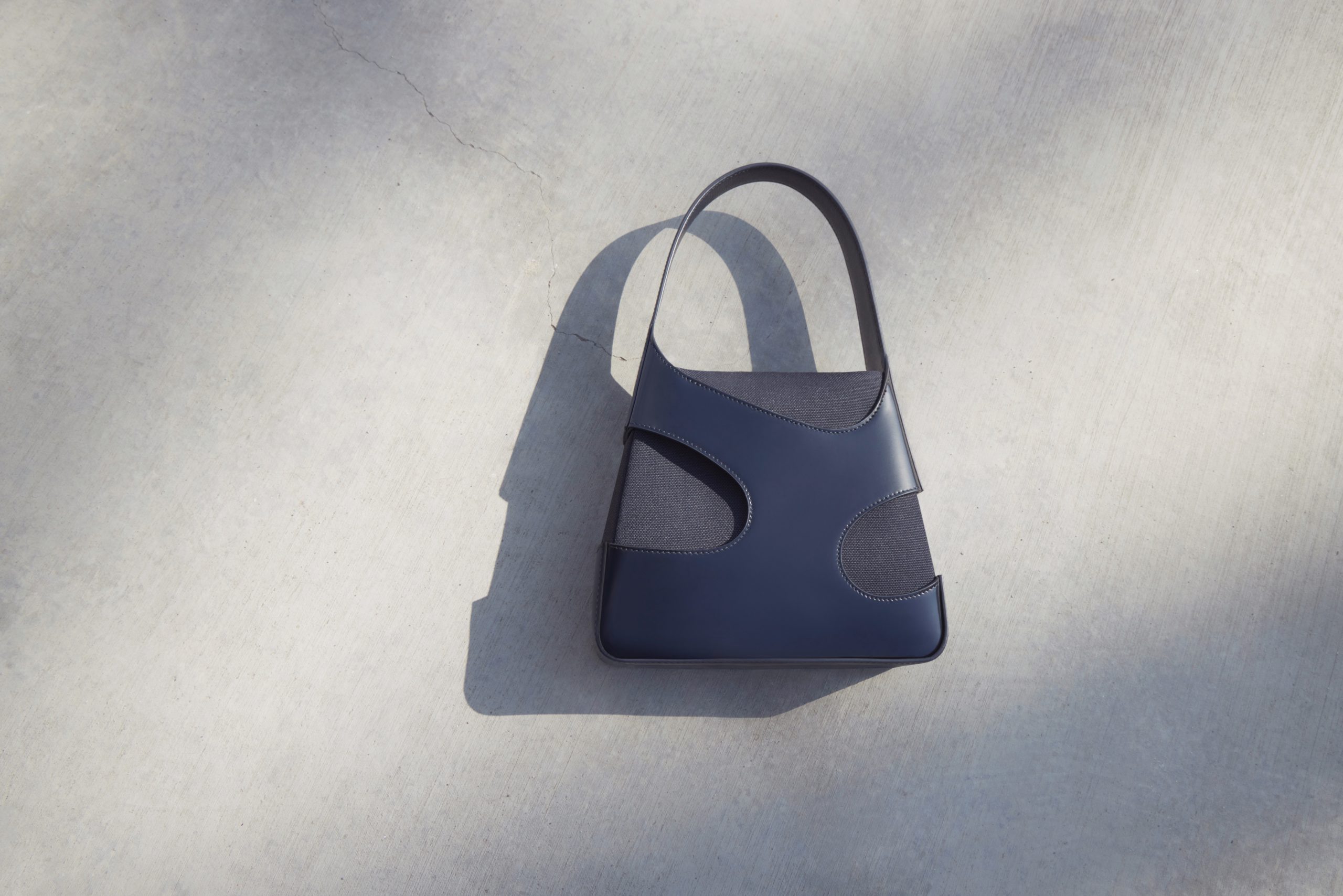 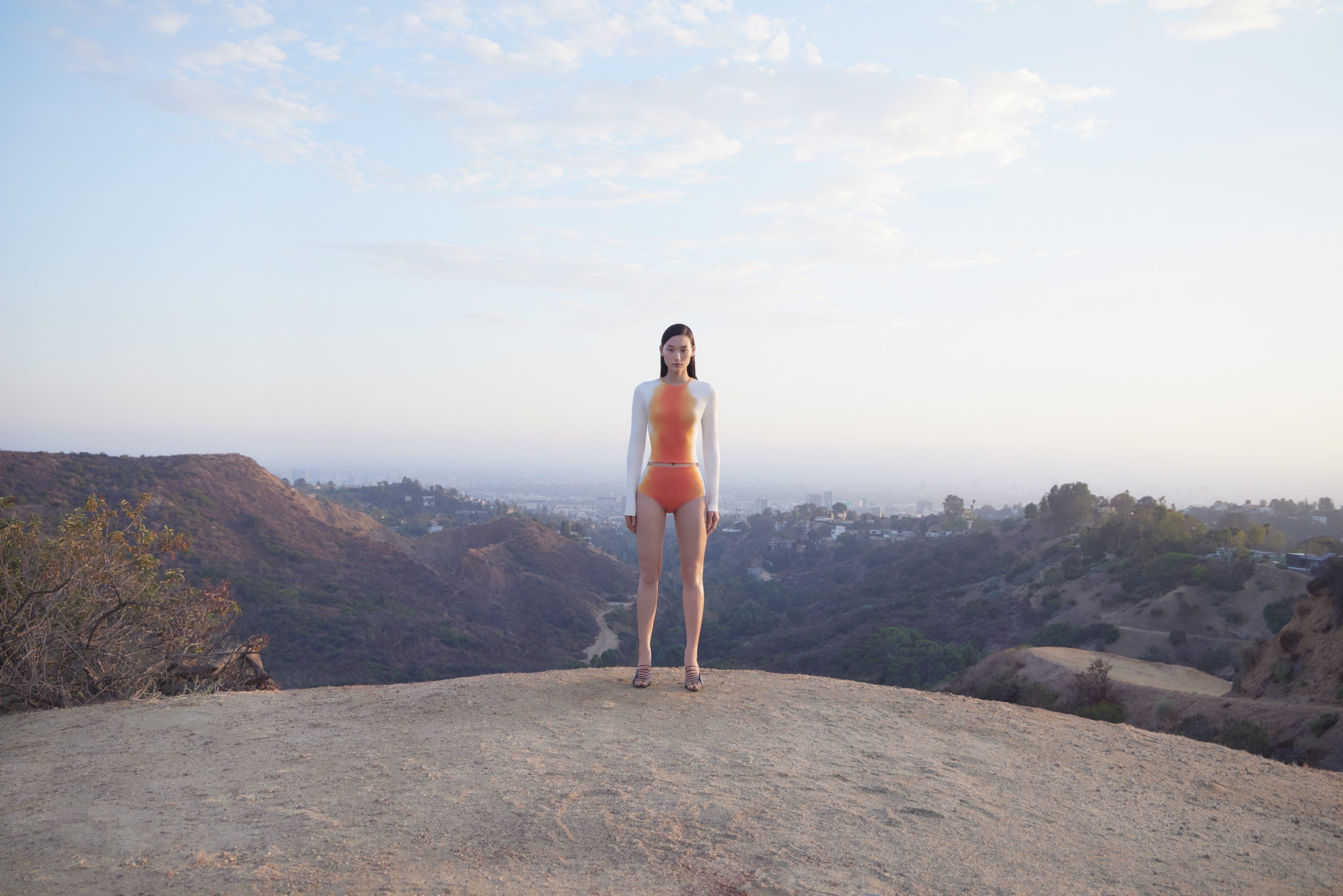